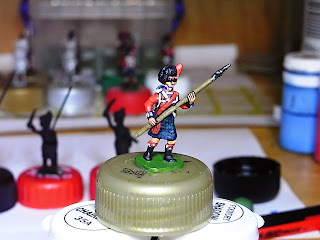 This is BN/31 Highland Sergeant (charging), another part of my rather large command figure contingent for the Black Watch.

I’m working on the flag-bearers now which will take me to the halfway point of the unit. With a bit of luck I will have the whole battalion finished in a month or two.

If you haven’t seen it yet you should check out the Hinton Spieler blog from Matthew in New Zealand. Some lovely Hinton Hunt figures rejuvenated with some equally lovely brushwork!
Posted by Stryker at 17:25 8 comments:
Labels: British, Scots 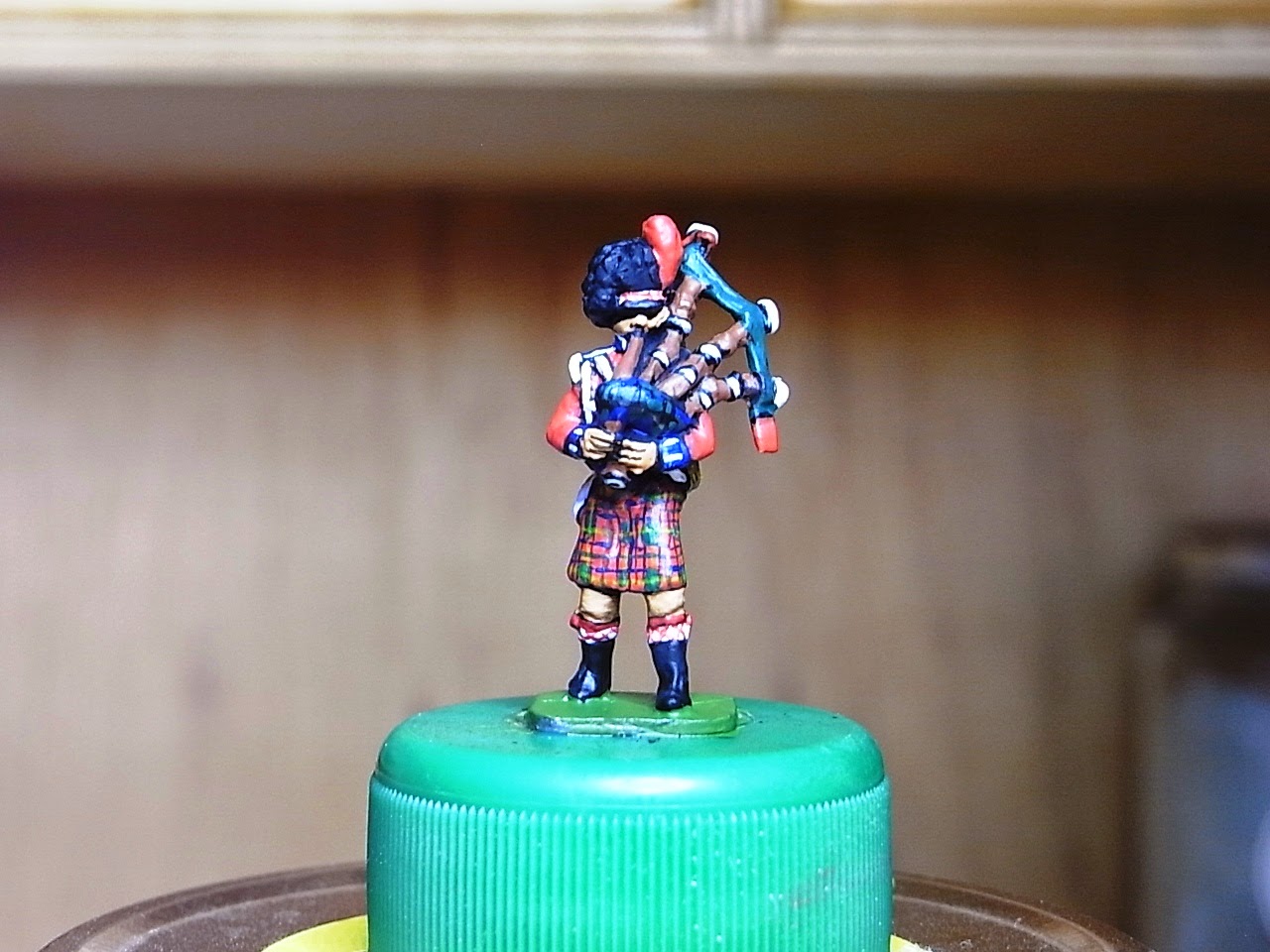 Not quite the twelve days of Christmas but it’s a start I guess. This is a vintage Hinton Hunt casting of BN/38 Piper (playing bag-pipes).

I read in my Blandford (Uniforms of the Napoleonic Wars) that the Black Watch pipers had kilts with ‘Royal Stuart’ tartan rather than the ‘Government tartan’ of the other ranks so I’ve tried to represent that here. I really enjoyed painting this one and spent way too much time on him but I’m quite happy with the result.

This will probably be my last post until after the festive season so “Happy present giving day” (yes, I really did see this politically correct but sad seasonal greeting on TV yesterday) and a Happy New Year to you all!
Posted by Stryker at 11:10 16 comments:
Labels: British, Scots

I’ve just finished a further five figures to make up my first company of the Black Watch. Painting these figures is pretty time consuming the way I do it but they haven’t proved as tricky as I thought they might. I have another twelve of these to go plus the command figures. 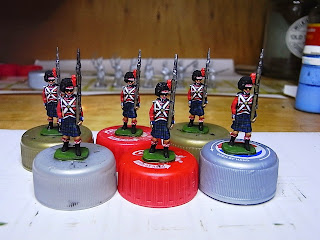 Six down, eighteen to go...

To break things up a bit I’m allowing myself to paint the first group of command figures next including the piper. These figures are all vintage ones: BN/31 Sergeant (charging), BN/37 Officer (marching) and BN/38 Piper (playing bag-pipes). 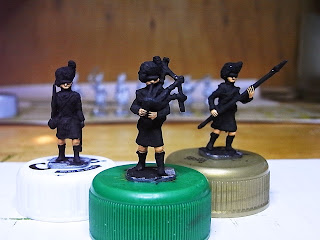 Now who doesn't love to paint a piper?

Finally, thanks to Jack, I now have two DK versions of the charging officer figure and I will be converting these for use as standard bearers. Jack also sent me a DK highlander in a ‘high-porte’ position. This is an original DK model I believe as there is nothing like it in the Hinton Hunt range – a superb little figure. 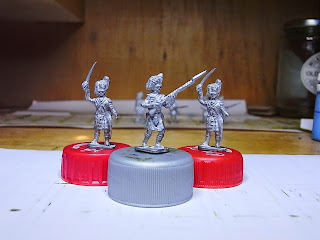