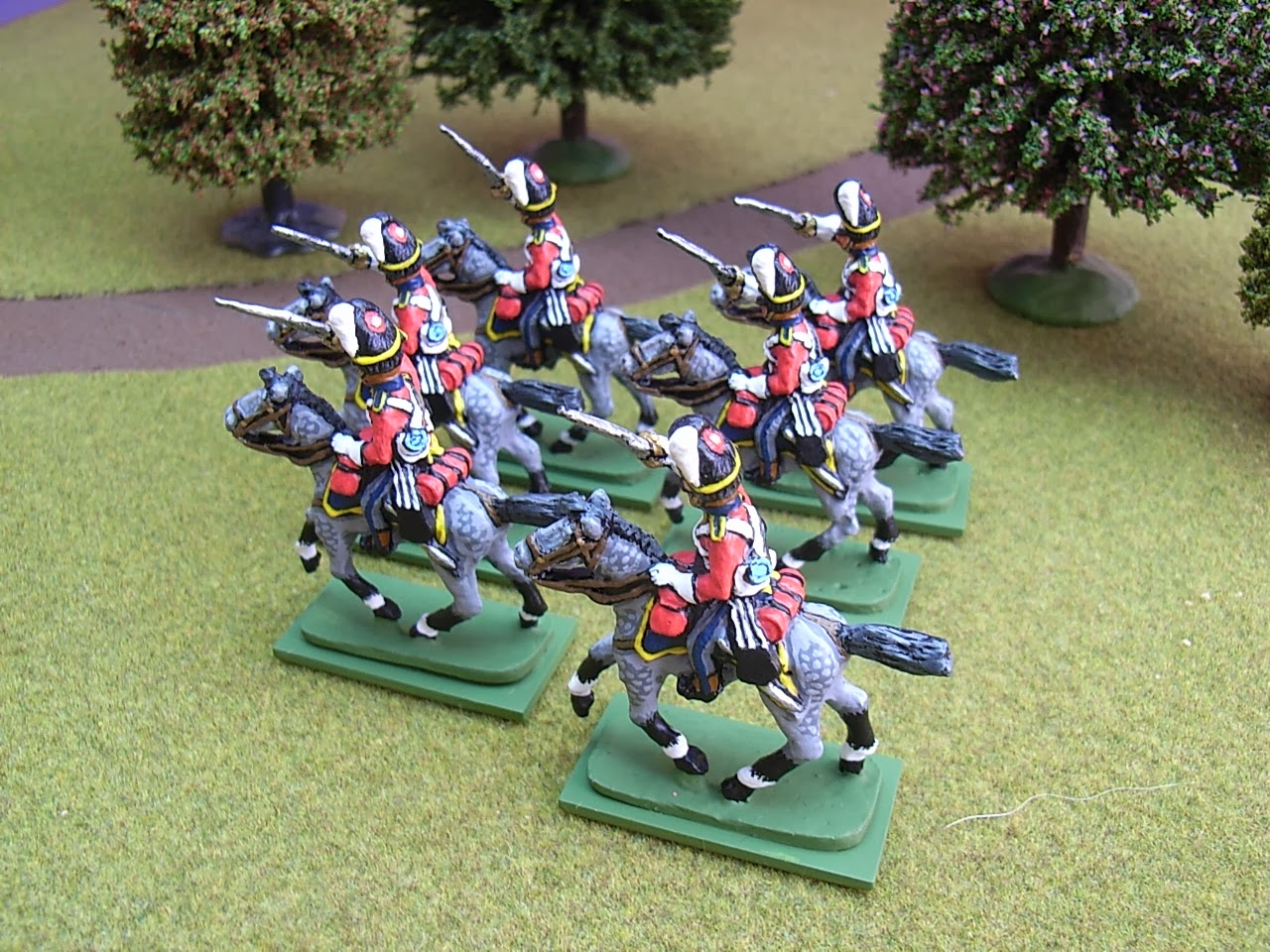 I finally got around to transferring my old photos onto my 'new' laptop this week and whilst perusing my Hinton Hunt folder I discovered this one.

The figures are Hinton Hunt BN49 one-piece casting of a charging Scots Greys trooper painted by me nearly six years ago (yikes!). Looking at them again I'm pretty impressed with the result and I doubt if I could turn out such nice looking figures now.

Here's a little quiz then - what old school wargaming book cover does this photo bear a passing resemblance to?
Posted by Stryker at 13:44 16 comments:
Labels: British, Heavy Cavalry, Scots 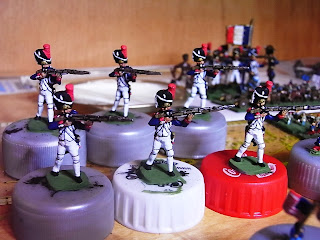 I’ll start by wishing a belated Happy New Year to all of you who still take the odd peek at this bog and especially to those who have left comments, emailed me or sent figures or photos during 2013. I’d also like to apologise for the lack of posts of late – it’s quite annoying when a blog you are following suddenly dries up but I will try to do better in 2014.

A quick count shows me that I painted 28 Hinton Hunt foot figures and 1 cavalry figure during the whole of last year – surely my lowest output since this project began. This is not because I have lost interest - far from it - but for a variety of other reasons including ‘real life’ and my other wargaming interests.

My modest aim for this year is to bring the French forces up to strength so that they are well placed to face Roy’s Russians should they venture south down the M5 again. I’m now over halfway through the Old Guard unit of firing figures and I’m hoping that Lee will help me out by painting up another unit of Line Fusiliers and some cavalry. This would give me a core of 7 French infantry units that could be expanded into a Grande Armee of 10 units if I add the Nassau, Austrian and Prussian contingents. It remains to be seen if this can be achieved before the snow melts and the Russian bear stirs.
Posted by Stryker at 10:35 10 comments:
Labels: French, Waffle
Newer Posts Older Posts Home
Subscribe to: Posts (Atom)