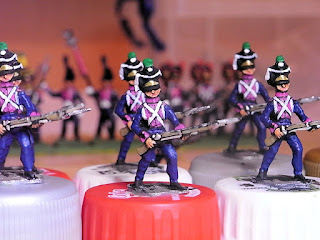 I’m getting tantalisingly close to finishing the last few figures for the 8th Polish regiment, one or two more painting sessions should do it.

These final few recruits are the fusilier figures WN.13 Fusilier, advancing (the ones converted from the mysterious grenadier version). They are pretty well complete and just need the cross straps black lined and a couple of other bits and bobs done.

I really hope that my next post will show the entire completed unit.
Posted by Stryker at 09:25 12 comments:
Labels: Polish 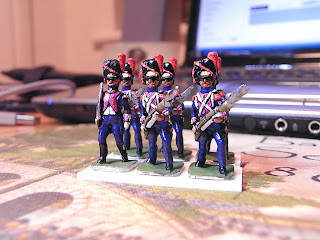 As you can see, I have finished the Grenadier Company of the 8th Polish Regiment. Well, almost finished because I still have to paint the bases.

The company consists of 5 x WN.4 Grenadier, charging with 1 x WN.6 Officer, marching. I had my usual struggle with the varnish and they came out a bit more on the shiny side than I had intended, but then I like shiny, shiny is good.

Just eight more Fusiliers to paint up and the Regiment will be ready for parade.
Posted by Stryker at 18:27 9 comments:
Labels: Polish

Iain sent me some photos of a game he played this week with his 20/25mm Napoleonic armies. There were 485 figures on the table, most of them Higgins, with one battalion of Hinton Hunt, one of Garrison and a few odd Hintons and Minifigs here and there.

They are all vintage figures (not one less than 20 years old he thinks) and as far as I know, they’ve all been painted and based by Iain himself. The brushwork is fantastic and the sight of all these old soldiers massed on the table is enough to bring a tear to the eye of even the most hardened “new schooler”.

I don’t have a game narrative from Iain so I’ve made up my own – apologies to him for any errors! 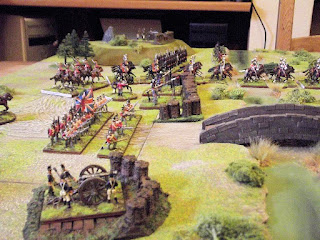 The British are defending a vital river crossing. 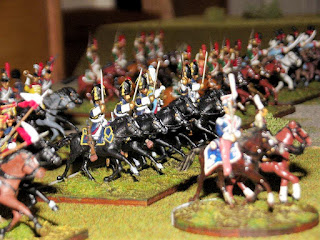 The French commander sends in the cavalry including elements of the Guard. 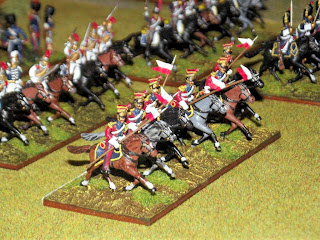 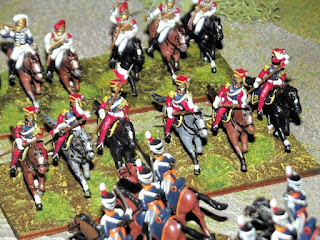 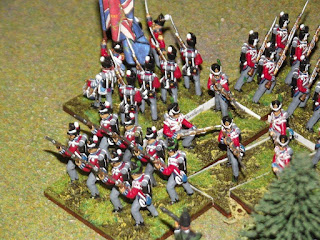 With all these horsemen about the safest place is in square. 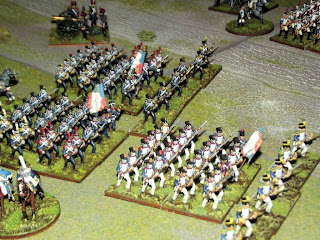 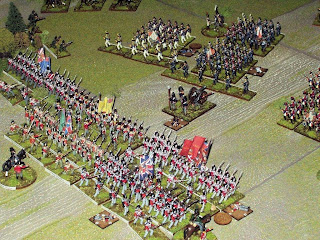 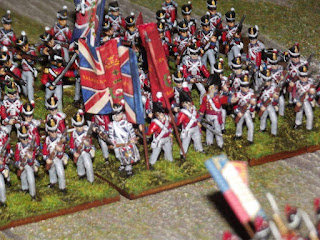 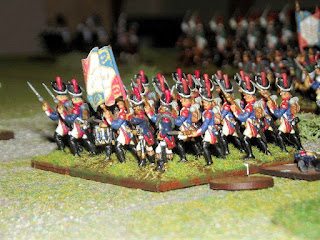 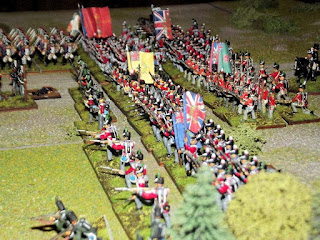 Picton with the Hinton Hunt's see them off in the same old style (at least that's my take on things!)

My thanks to Iain for letting me share the pictures of his superb troops here.
Posted by Stryker at 20:04 7 comments:
Labels: Guest Appearance, Playing Soldiers
Newer Posts Older Posts Home
Subscribe to: Posts (Atom)