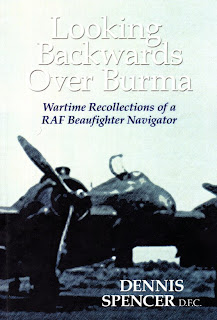 When I was a boy I would often try to get my father to tell me about his wartime experiences as a Navigator/WO in the RAF and sometimes I would be rewarded for my efforts with a tale or two. I found his stories enthralling although, at that young age, I was always more interested to hear about crash landings and strafing attacks than of feats of navigation across the featureless jungles of Burma. Dad and his pilot, Geoff, survived 200 hours of operational flying in Beaufighters during 1944 and were both subsequently awarded the DFC.

Dad is 89 years old now and has just had his memoirs Looking Backwards Over Burma published. He has made use of Squadron records from the PRO and his own original logbook to present his recollections in a fascinating and well-written account. The story traces his time spent on an OTU (Operational Training Unit) in Britain through his experiences navigating a Beaufighter 7,000 miles from England to India and the following nine months on 211 Squadron in Burma. 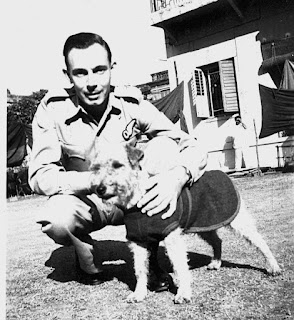 On leave in India 1944
The Beaufighter was a two-man aircraft made famous for its work as a night-fighter but deployed to Burma in a Strike role by SEAC (South East Asia Command). The aircraft were usually despatched singly on ground-attack missions flying at treetop-level deep into Japanese held territory where they attacked targets of opportunity with rockets and cannon fire. It was unusual for the aircraft to return from such a mission without having come under enemy fire at some point in the journey. The return leg of the flight involved the tired crews nursing their aircraft, low on fuel, back to base across the Chin Hills sometimes in the thick of the monsoon. 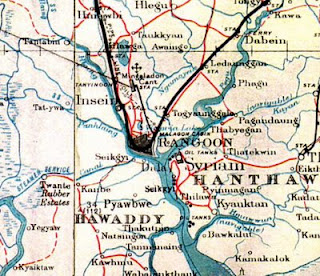 A detail from Dad's original navigation map
During his time on operations 211 Squadron lost 36 aircrew from 18 aircraft that failed to return to base. Dad and Geoff crash-landed on three occasions, once in England and twice on operations but each time they both walked away unscathed. When his tour expired, Dad was posted to other duties for six months as was the normal practice. He was just about to return to operational flying when the atomic bomb was dropped and the war ended.
Looking Backwards Over Burma by Dennis Spencer is available from Woodfield Publishing price £9.95. An extract from the book can be read on Don Clark’s superb 211 Squadron site.
Posted by Stryker at 09:00 8 comments:
Labels: Off Topic

A total distraction (Off Topic #9) 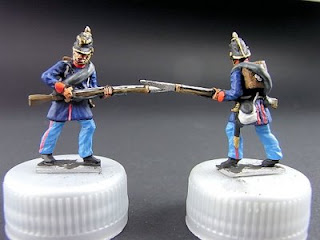 I blame Matt entirely for the lack of progress on the Hinton Hunt front as I have been tempted into buying a unit of 28mm Schleswig Holstein Infantry from his superb new Waterloo to Mons range of figures. The range has been sculpted by Andrew Stadden and the figures have a real old school charm about them that I just could not resist.

I don’t have much experience when it comes to shading technique so I dusted off my Kevin Dallimore "Foundry Painting Guide" for help and these two figures are the result of my effort. I’m actually quite pleased with them and am looking forward to painting up the rest of the unit although I promise to keep my distraction as brief as possible and return to HH production as soon as they’re done.

Good luck to Matt with his new venture - if you want to see more pictures of these lovely figures (painted superbly by Matt) take a look at Matt’s blog.
Posted by Stryker at 19:47 5 comments:
Labels: Off Topic 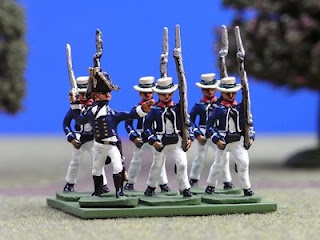 This little detachment completes my British Naval Battalion bringing it up to a full strength of 24 figures. The marching figures are Clayton castings whilst the Officer is a vintage one.

And here is a shot of the entire Battalion on parade. 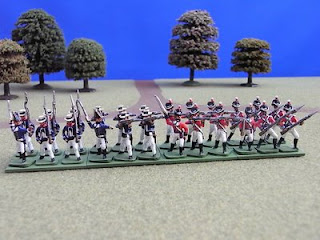 The figures I used are as follows:

Apart from the marching Sailors all the figures were vintage castings that had never been painted before.
Posted by Stryker at 16:47 6 comments:
Labels: British, Marine 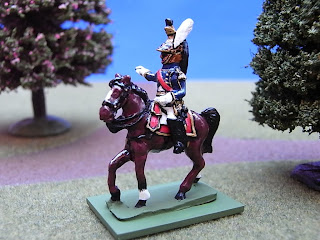 I had a pot of Humbrol Satin Cote that lasted for years and years. I used it to varnish everything from WWII tanks through to ACW and of course my Hintons. It dried to just the right sheen for my liking – not too matt, not too glossy, satin in fact (exactly as it said on the tin). Having drained every last drop I had to buy a new one a few months ago but everything I coat with this one ends up glossy. I’ve tried stirring, shaking and yelling but it makes no difference to the result. If I were starting this project again from scratch I probably would have used gloss varnish anyway so it’s not really a problem that things are drifting in that direction – it just would have been nice to be asked!

This latest shiny offering is listed in the Hinton Hunt Catalogue as General Baraguay d’Hilliers, Colonel General of Dragoons - FN362 on Horse FNH10. I’m slightly baffled as to why Marcus Hinton included d’Hilliers in his range of personality figures whilst leaving off more deserving characters like Marshal Lannes. The only thing of real note I can find on d’Hilliers is that he commanded the French Reserve Cavalry at Austerlitz and that he later surrendered his Division during the retreat from Moscow (this didn’t go down too well with the Emperor). He died in early 1813 presumably from the ill effects of campaigning through a Russian winter.

This figures is one of the “factory painted” vintage ones I bought via eBay a couple of years ago. The previous owner – Tony – told me that he ordered a batch of painted personality figures from Hinton Hunt in the seventies as a treat. They apparently took months to turn up and he was so disappointed with them that they had to be re-touched to the point of being almost entirely repainted. I’m glad Tony told me this as otherwise I would have felt bad about stripping the paint from such a rarity. Anyway, into the bleach he went and this is my version faithfully following Tony’s colour scheme, which I have assumed followed the original factory paint scheme.

General d’Hilliers will have the honour of commanding the French Heavy Cavalry in my army.
Posted by Stryker at 20:33 8 comments:
Labels: French, General Staff
Newer Posts Older Posts Home
Subscribe to: Posts (Atom)