A sister for Gneisenau

This is a further addition to the Prussian General Staff namely Gerhard Johann David von Scharnhorst the famous reformer of the Prussian Army. I had a spare vintage casting of PN.61 General Gneisenau which I mounted on a reproduction PNH/1 horse. 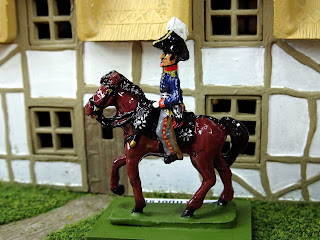 Scharnhorst fought at Auerstedt, Eylau and Lutzen, where he received a wound in the foot that eventually proved fatal. He is chiefly remembered for his reforms and efforts to modernise the Prussian Army which helped turn it into the efficient fighting machine it became by 1814. 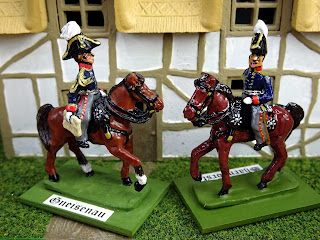 Like Gneisenau, Scharnhorst eventually had a battlecruiser named after him although his namesake was sunk by the Royal Navy in 1943. The Gneisenau was also put out of action but this time by the RAF (the RAF radio operator signalled base “the Gneisenau is not so G-nice now”). I hope my two ‘sister’ generals have better luck.
Posted by Stryker at 13:35 13 comments:
Labels: General Staff, Prussian

After a bit of a break from painting I have managed to complete my second Prussian line infantry regiment – the 4th Brandenburg Musketeers. 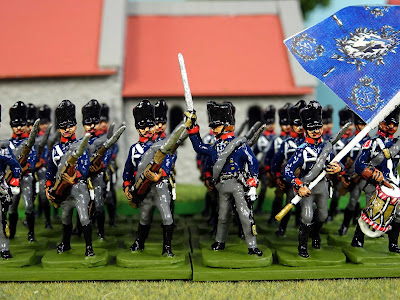 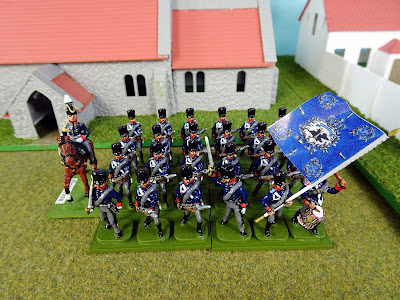 The figures are mostly reproductions with the odd vintage and Clayton figure thrown in for good measure. Figure types are the same as my previous post. 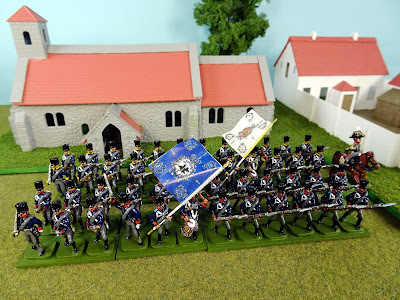 The final Musketeer unit will have the white collar and cuffs of a Colberg regiment.
Posted by Stryker at 13:03 16 comments:
Labels: Prussian
Newer Posts Older Posts Home
Subscribe to: Posts (Atom)