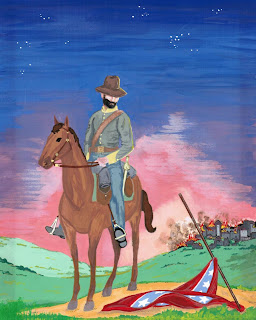 I’ve decided to start a new blog to record the American Civil War campaign turns that I had been posting here. This is because I don’t want this blog to get too clogged up with non Hinton Hunt stuff and I realise that the ACW campaign may not be everybody’s cup of tea.

So I’ve moved all my recent ACW posts over to the new blog where the Sharpeville campaign will continue in earnest. Those of you who still want to follow the action should now be keeping an eye on these three blogs:

Road To Appomattox – my new blog recording the Union campaign turns.
Wilderness Tavern – Dave’s blog recording the Confederate turns.
Brother Against Brother – where we will be posting details and pictures of any resulting battles.
Posted by Stryker at 12:48 No comments:
Labels: Off Topic
Newer Posts Older Posts Home
Subscribe to: Posts (Atom)