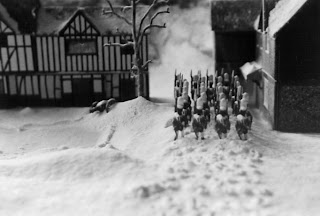 It must have been snowing pretty hard as it seems to have settled on the men’s hats and shoulders as they march along.
Posted by Stryker at 09:02 No comments:
Labels: Prussian

Tell it to the Marines 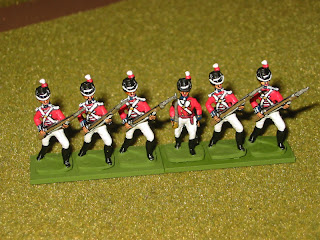 One of my favourite films as a child was ‘Sands of Iwo Jima’ with John Wayne - from the days before we discovered WWII was actually fought in colour.

These Marines belong to a different era, one when Britannia ruled the waves and boarding parties took only the odd musket and cutlass with them – not an ipod in sight. The figures are: 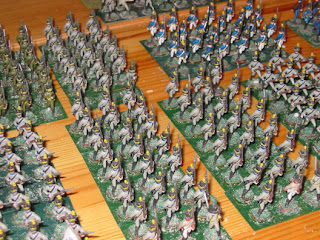 My biggest problem is that I have absolutely no reference material on the Swedish armies of the Napoleonic Wars.
Posted by Stryker at 12:50 3 comments:
Labels: Swedes
Newer Posts Older Posts Home
Subscribe to: Posts (Atom)